In the Carmel of Our Lady of the Smile and Saint Therese, in Natal (Brazil), the first General assembly began on the 26th of March last of the Federation of Saint Teresa of los Andes of Discalced Carmelite nuns -Brazil-FeSTA, under the protection of Mary Mother, Queen and Beauty of Carmel. The meeting began with holy Mass celebrated by Mgr. Heitor de Araújo Sales, Archbishop Emeritus of the Archdiocese, assisted by Canon José Mário, and the Discalced Carmelites, Fr. João Bontem and Fr. Luis Fernando, religious assistant. The theme of the assembly was: What type of people must we be?

Throughout this Assembly, the 25 years of the existence of the Association (19/09/2019) were commemorated, in which all the federated Carmels, represented by their respective Prioresses and delegates, participated.

During the meeting the following were elected:

During the assembly, the Carmels of Cachoeiro de Itapemitim, Banaeiras and Jacarepaguá also entered the Federation.

In ending the meeting, with eyes and heart directed to the Virgin mother of Carmel and our Father Saint Joseph, the Federal President consecrated this administration to them. 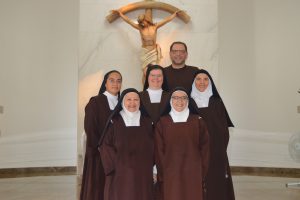 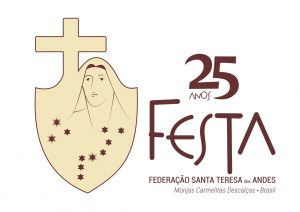 Subscribe to the OCD Email Newsletter
Receive the latest news

This site uses technical cookies that are necessary for its functioning as well as third party cookies that permit aggregate statistical analyses. By clicking on “I Accept” or continuing to use the site in any way You are consenting to the use of these cookies. For further information, or with a view to deactivating, You may consult the Cookie Policy.


This site uses cookies to provide the best browsing experience possible. By continuing to use this site without changing your cookie settings or clicking on " I accept " you allow their use.